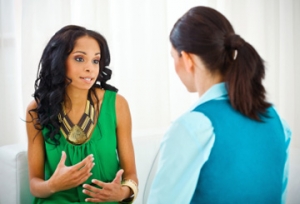 I took my child to a well-respected mental health practitioner in the community. We had never met so I had to give the doctor the details about why we where there. We were there for a non adoption-related issue. After we talked about why were there and the relevant background information, the doctor asked about my child’s birth history. We shared information about our child’s adoption and gave the doctor what we know about the birth. The doctor then asked if we were in contact with my child’s birth mother. I said, “unfortunately not, we met her once but have not heard from her since that time.” The doctor’s response was, “Well, that’s a good thing. I’m not in favor of all that open adoption stuff”. Of course, I was floored. Here was this person who I know is very well respected in the community and has influence on countless children and families in the Western New York area telling me he/she doesn’t support open adoption. I asked the doctor why he/she wasn’t in favor of open adoption and learned that he/she works with a lot of kids in foster care who had been abused or neglected by their parents. We were coming from two different places. When this doctor hears the term ‘birth mother’ he/she associates that with harm, abuse and neglect. When I hear the term birth mother I associate it with love and care. Of course I took that moment to share a little about what I know about the birthmothers who voluntarily make an adoption plan for their children. Or as my husband said after we left the session, “wow, you really gave him/her a lesson. I think he/she learned a thing or two today.”

This interaction reminded me of the importance of not making assumptions. I shouldn’t assume that because one is a mental health practitioner they have an understanding of adoption. Working in the post-adoption field I am always looking for adoption competent professionals. Most mental health professionals are never trained in adoption therefore they often rely only on their experience. That makes it critical that those familiar with adoption speak up and share what we know. In addition, everyone has different ways of understanding words and adoption-related language, and those differences are based on life experiences. It is helpful for me to remember that lesson during my interactions with people both personally and professionally. Lastly, this interaction reminds me that I will always be an educator on behalf of my children and their birthparents. I don’t want my children’s birthparents to be judged by people who don’t know them. In addition, I want my children to know that their birth parents don’t deserve to be judged by others.  The same applies for the birth mothers I work with on a daily basis. They are a diverse group of women who have only adoption in common. Ultimately, I am thankful for this mental health professional and the opportunity we had to talk because we were both able to learn from each other.

About the Author: admin

Let Us Help You